Kago to Torii (Japanese "籠と鳥"; English "Torii and the Cage" a play on words with Tori(Bird) and Torii (Shrine Gate)) is an RPG Maker VXA horror game being developed by Draxicor and Nuei. Set in Japan during the mid 1990’s, it will aim to give the player the most scary RPG maker experience possible! It follows the story of the main character, Inko, and her life as the daughter of a mysterious family that live in the outskirts of a rural town in Japan. It will have elements of gore, puzzle, and psychological terror. It will feature original character art and voice acting. A demo, released on February 10, 2015, is available in English , Japanese, Spanish and Thai

The game's direction and planning is being carried out by Nuei and Draxicor. The team sometimes releases cryptic videos, titled "Mysteries", in order for followers to crack and obtain info about the game and characters.

Solution: Match the video title with the numbers in the description, then using that key to turn "125" into "Inko"

Solution: Put together all the black pieces that flash during the video and compare them with the soup letter. The holes spell out "Hotaru".

Solution: The text that appears gradually loses all the letters "N". take out the letter "N" in the tittle to get "The Demo"

Mystery IV  (Only watchable in the Demo) Edit

Solution: An image with four colored orbs on the top, down, left and right appears at the start, followed by a succession of different images. Match the different colors of the images with the directions on the first image to guide the character to an inscription in the wall reading "Ofuda"

Solution: Video description mentioned the game's twitter. A tweet on the same date showed a picture of Blaise de Vigenère and the words "Tabula recta". A tabula recta is a square table of alphabets that enables the decryption of a code based on 2 keywords. By using the title GKVN and the word FEAR that is shown during the video, we obtain the decrypted word "Love"

Solution: As everyone figured out, the lock image tells us that the solution would be a 3 digit number. If you remember the lock from the demo, it would hint that you had to count a number of certain things to get the combination.

In the final sequence, we see a wall full of drawings. The 3 main drawings that pop into view are the big red ones: A Lantern on the left, a Torii gate on the center, and a Cherry Tree on the right. Now, going back to the first sequence, we see Inko going down a path outdoors. If you count the number of lanterns on the left, you spot 7 Lanterns, 1 Torii in the middle and 1 Cherry tree on the right, thus he solution 711!

Solution:This one involved a bit of “exploring” beyond the video! First we see a picture of Hotaru while the words “Do you know my name?” fade in. Afterwards, for a split second, we see the word “name” backwards. This hint, along with the fact that the music is reversed, points to Uratoh (Hotaru backwards).
We also see some flashes of the Twitter logo (as well as a hint on the Mystery rules that you should check our twitter!) On Twitter, we posted “Tinyurl.com sure is useful #mVII”

If you go to tinyurl.com/uratoh, it will take you to a google street view link. From there, it’s just a matter of following the instructions on the video: Don’t cross the gate, look behind you.

Reward: Physical box with a t-shirt and letter from the developers.

Inko Izumo A young 9 year old girl that lives with her parents on a property in a rural part of 1990s Japan. Her parents run a shop and an inn there, but the costumers usually come to shop there when they need help with some more…esoteric matters. Her parents are very strict, and she longs to experience life outside her home. 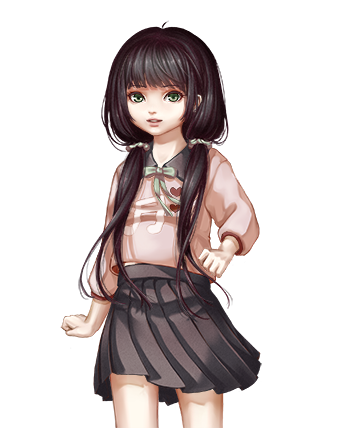 A 10 year old boy that met Inko when his father had to visit her parents. They became immediate best friends, Hotaru being very outgoing and Inko never having met another child her age. He is fascinated by Inko’s simple life and loves to see her eyes glow when he brings city things for her to see, on the many frequent visits his father makes to her family’s property. 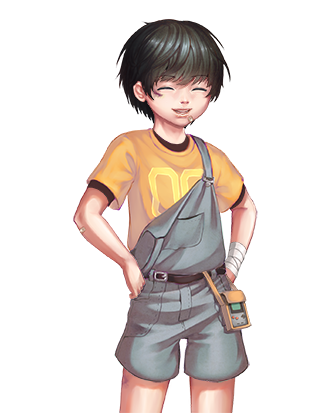 Retrieved from "https://allrpgmakergames.fandom.com/wiki/Kago_to_Torii?oldid=872"
Community content is available under CC-BY-SA unless otherwise noted.